“I Was a Botox Junkie” by artist Tristan Eaton appears on a wall outside Zip Sushi Izakaya near the intersection of East 3rd Street and Traction Avenue in the downtown Los Angeles Arts District. Check it out on Google Maps here.

While Eaton is a Los Angeles born artist, he is now based in New York, where he heads Thunderdog Studio, a successful creative studio working for clients such as Disney, Canon, Kid Robot, Dell, Nike, Nissan, Rockstar Games and many others. 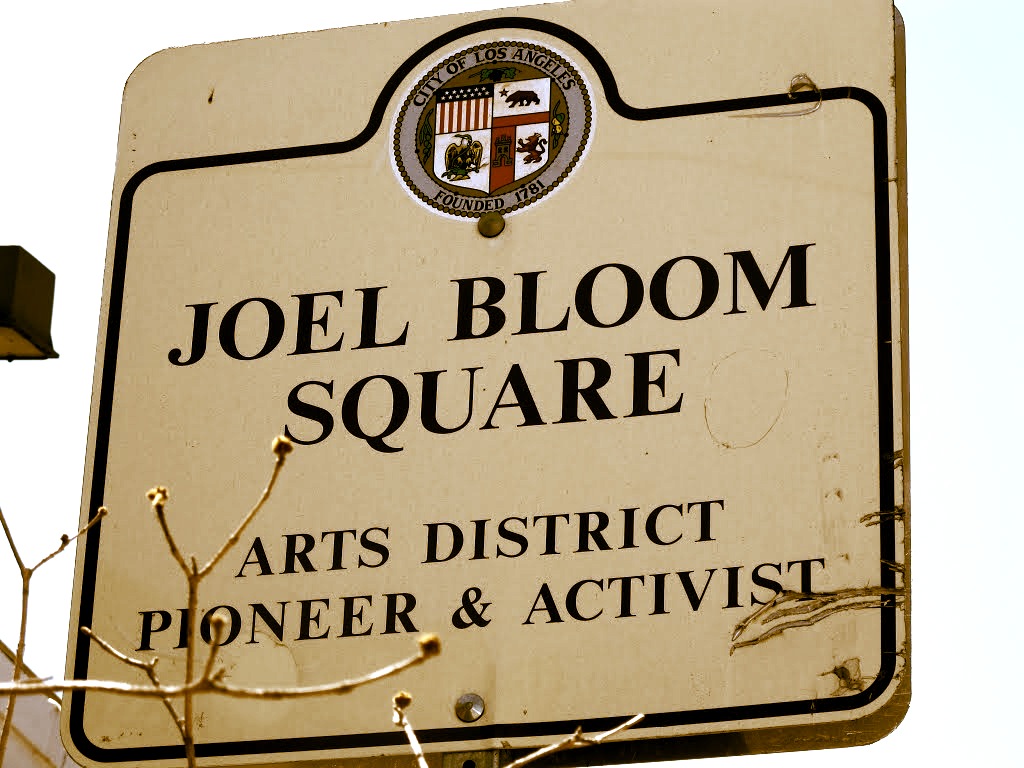 The mural is is featured prominently on Joel Bloom Square. Bloom was a local resident, business proprietor and activist that protested the gentrification of downtown Los Angeles. He was a tour de force that championed the city’s arts scene and is credited for bringing the community a bus route, 30 street lights, 75 trees and much more.

For his efforts Bloom became known as the neighborhood’s unofficial mayor. Bloom’s General Store was his city hall, a convenience shop that provided goods and services for other artists working and living in the nearby converted warehouses. He affectionately dubbed the area the “Arts District” in the 1980s, and then successfully petitioned the city to make the name official by the mid-’90s.

“Without Joel, we wouldn’t have an arts district in its present form,” said friend Edward Walker. “It’s kind of a Mayberry filled with bohemian artists. Everyone knows everybody, and everyone knew Joel.”

Bloom passed away in the summer of 2007 but not before the City of Los Angeles accorded him the honor of designating the area “Joel Bloom Square” in recognition of his numerous contributions to the community.

Since his passing the community has put on an annual event called “Bloomfest” to pay homage to the Arts District pioneer.