D.L Morris Garage & Station is located at the corner of Co Rd 1142. It was built on the site of the old Heatonville Post Office (1872-1881). My dad told me that when he moved out to California back in his early twenties that he picked up on Route 66 passing through Chicago. I’d like to imagine that perhaps he fueled up at many a place like this one way back when.

At sunset on Memorial Day, a rainstorm began to take shape when I took this pano of the Pittsburg State University Veteran’s Memorial. The setting sun caused these crazy dramatic rays to cut through the clouds and across the sky. The sound of the wind blowing through the display of the 50 state flags that are featured on the north berm of the memorial made the entire experience breathtaking.

Designed by architectural firm of Schaefer Johnson Cox Frey and Associates of Wichita the Pittsburg State University Veteran’s Memorial honors those who have served this country through military service.

The Vietnam Memorial Wall as can seen in the back is a one-half sized replica of the permanent memorial wall in Washington D.C. There is also an entry-rampart featuring U.S., state and university flags and the five seals of the uniformed military branches (not featured in this image) and an arch just behind the reflecting pool with an eternal flame.

The eternal flame appeared to be somewhat intermittent, at least to me, because at times it would disappear only to return about five minutes later. Perhaps it was on some sort of timer but I’m not sure. Just below the flame the engraved inscription reads: “Pittsburg State University honors our sons and daughters who answered the call of the nation. We are ever grateful for their many sacrifices in peace and war that freedom would prevail.” 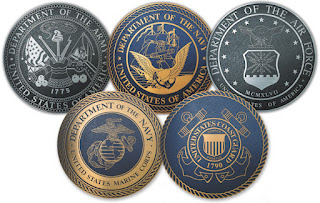 It was in Coffeyville, Kansas where the Dalton Gang was gunned down by the well-armed citizens of the town and shot ’em dead on October 5, 1892, after the outlaws were attempting to rob not one but two local banks.

The town has since erected a self-guided walking tour that culminates with “Death Alley“, the exact spot in which the showdown occurred.

The tour then continues on to where the corpses of the Dalton Gang are immortalized in a true-to-size mural on the sidewalk outside the C.M. Condon and Co. bank. In what can only be described as “black humor” there’s a photo op there in which you can lie atop any of the gangsters and pretend to be dead.

It’s sick, weird and ridiculously funny all at the same time. It reminds me of the line from “Harold and Maude” where Maude goes: “A lot of people enjoy being dead. But they are not dead, really. They’re just backing away from life.”

On the roadside near East 300 Road and South 4130 Road just off of Highway 169 in Rogers County, Oklahoma, lays what appears to be an old NASA space capsule.

The Facebook page of the Winganon Space Capsule elucidates: “The mixer wrecked when the Winganon bridge was being built in 1959. The cement hardened and the truck was hauled away while the mixer was abandoned due to weight. It has become a local landmark and roadside attraction. Over the years it has been painted many times and the current theme is as a NASA escape pod / nose cone. The current theme was done on 9/25/11 to celebrate the 5th wedding anniversary of a local couple.” 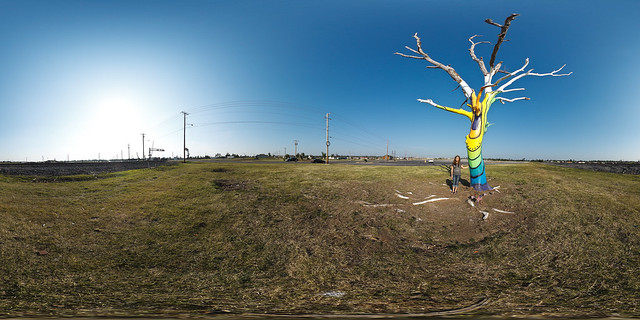 A year ago a deadly EF-5 tornado ripped through the city of Joplin, Missouri, killing 161 people and damaging or destroying about 7,500 homes and 500 other buildings.
Despite it all, the city is well into a significant recovery mode but there is still work to be done. Along the tornado’s path at the intersection of East 20th Street and the Kansas City Southern Railway tracks, where Dillon’s grocery store used to be, now stands the colorfully painted “Spirit Tree” — a new landmark for the city of Joplin.
END_OF_DOCUMENT_TOKEN_TO_BE_REPLACED

“Three things cannot be long hidden: the sun, the moon, and the truth.” – Buddha

Yesterday the observance of Wesak, also known as the celebration of the Buddha Full Moon, not only coincided with Cinco de Mayo but is also notable as this year’s “super moon”, the closest and therefore the biggest and brightest full moon of the year. But instead of partying at a local tequila bar or dedicating my yoga practice to the life and death of the Buddha, a friend of mine and I set out to capture the moon with our cameras from atop the Getty Center.